Any person who is control of any activity with regard to controlled goods, must register with the Council...

Registration with the Council

In terms of Government Notice No. R.16 of 03 February 2010 (attach link), any person who is control of any activity with regard to controlled goods, or who has in his possession, or custody, or under his control, controlled goods must register with the Council.

South Africa adheres to a number of international treaties

South Africa adheres to a number of international treaties, agreements and arrangements that has an impact on its policy on non-proliferation, disarmament and arms control and includes, amongst others, the following...

Registered persons who intend to become involved in or are involved in any controlled activity, which includes import, export, re-export, transit, transshipment, manufacturing and provision of services related to the controlled goods...

In South Africa due regard has been taken of the gravity of the possible proliferation of weapons of mass destruction with policy development and the enactment of specific legislation in the form of the Non-Proliferation of Weapons of Mass Destruction Act, 1993 Act No.87 of 1993).

This legislation provides for control over WMD and establishes the South African Council for the Non-Proliferation of Weapons of Mass Destruction (the Council) to control and manage matters relating to the proliferation of such weapons. The Council shall; on behalf of the State, protect the interests, carry out the responsibilities and fulfil the obligations of the Republic with regard to non-proliferation, and advise the Minister with regard to any matter which it deems necessary and which falls within the purview of this Act.

Control and manage all activities relating to non‑proliferation, and provide guidance, instructions and information in connection therewith

Implement matters arising from international conventions, treaties and agreements related to proliferation affairs entered into or ratified by the Government of the Republic 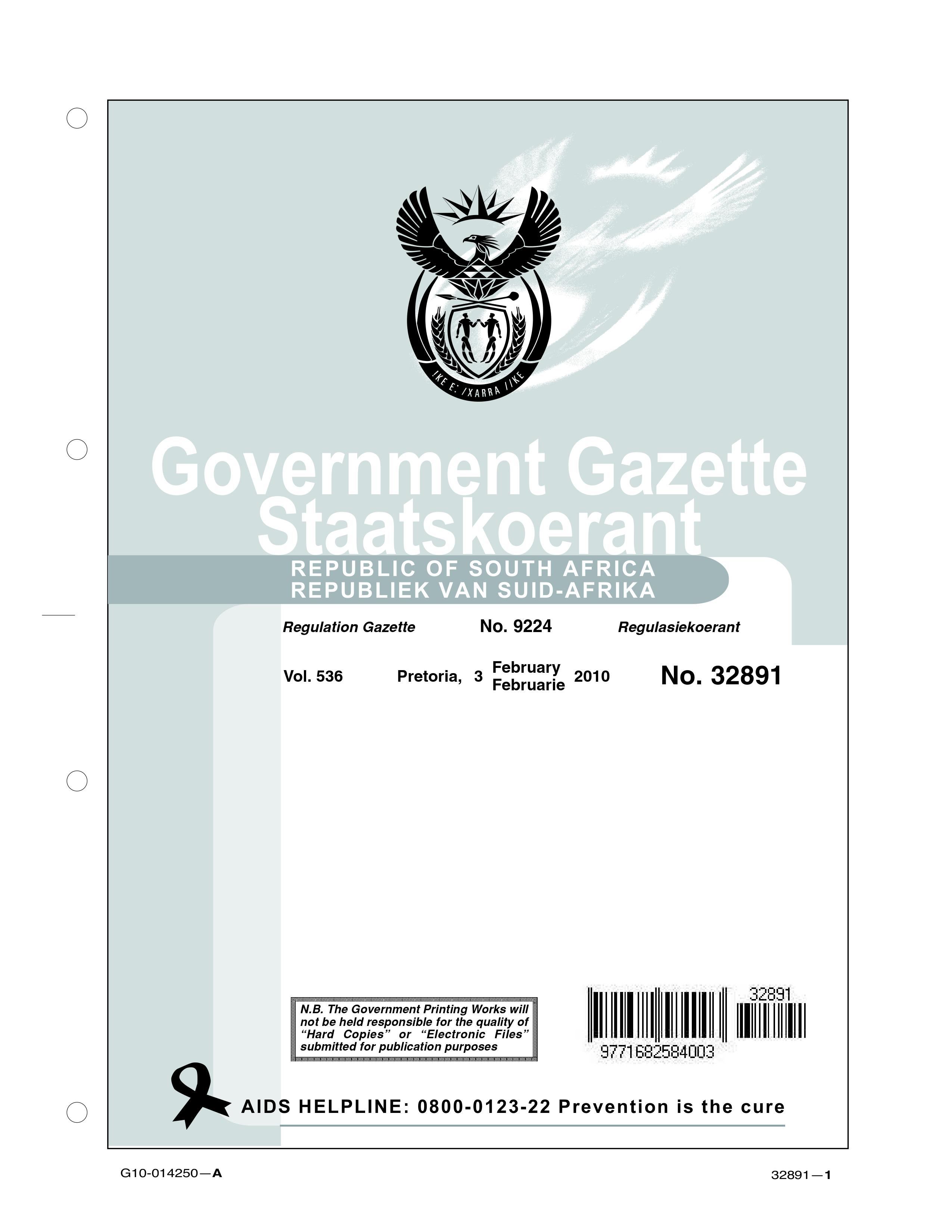 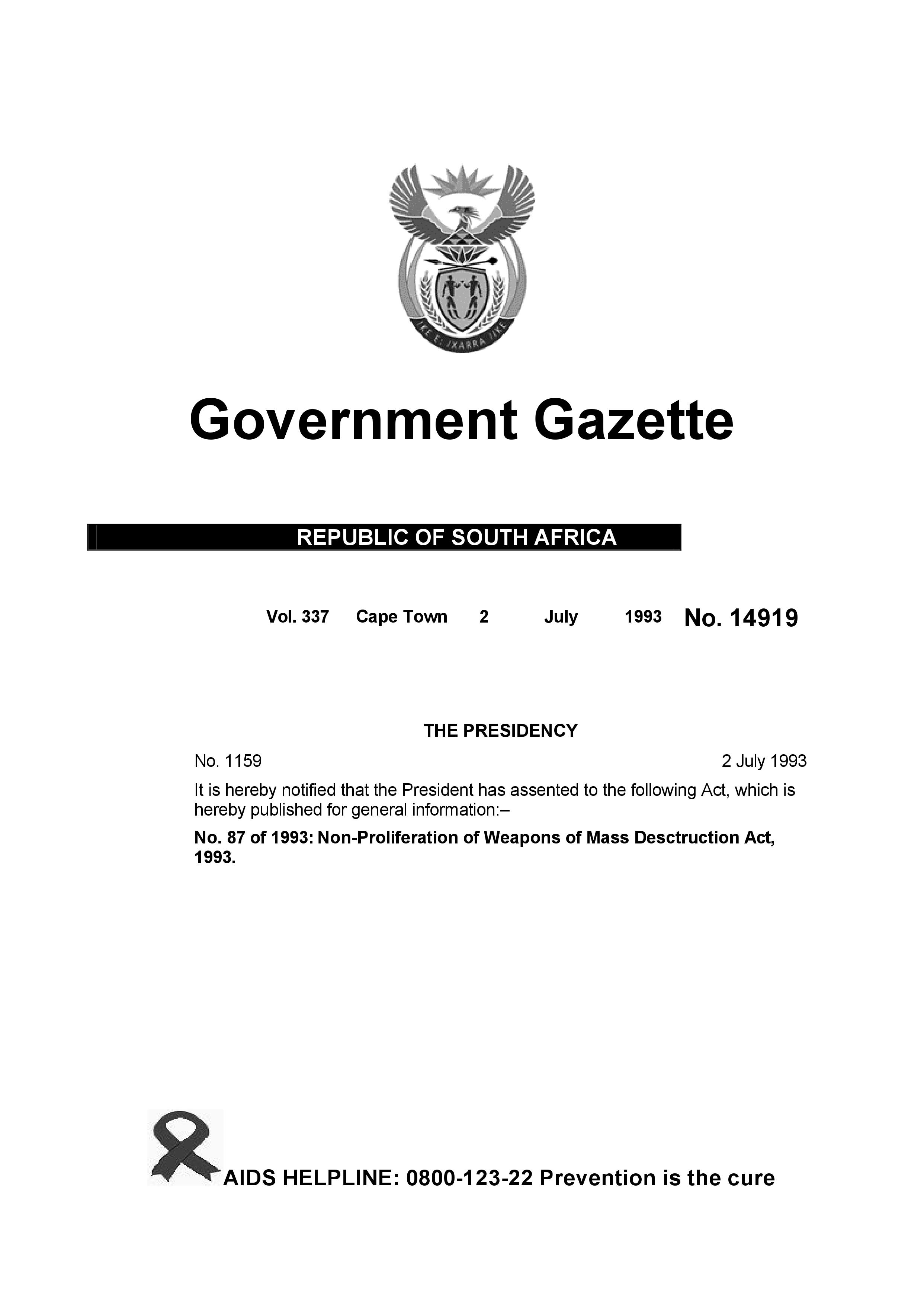